How did you become an engineer?

I grew up enjoying using computers and studying computer systems at university was very much a natural progression for me.

I picked a varied degree at Heriot Watt that offered courses in business as well as computing which I found really enjoyable. I was top of my class in operations management and the knowledge management course has influenced my approach to recording QA results. I set up a knowledge base for Workpro so that I know what I worked on months ago, and as a team we all know what the others have found out, so we don’t need to reinvent the wheel. So, it wasn’t just about the technical side for me, it is the real-life applications.

How did you find studying a male dominated subject at university?

It can feel a bit strange to some extent being on a course where there are maybe only two other women, but it wasn’t an issue for me. Herriot Watt had a network for the school of Mathematical and Computer Sciences (MACS) which I got involved in. For example, we had an open day for schoolgirls who were interested in computing. I built a website that was an interactive guide for them which was much more engaging for them than a sheet of paper which is what they had given out in the past. I got the Interconnect prize for that project which is an award for promoting women in STEM. 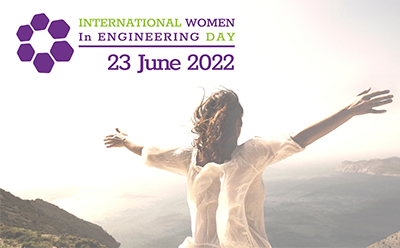 Women and girls should follow what they find interesting and want to do; if that is computing or another STEM subject, they should give it a shot! Girls shouldn’t be deterred from getting into STEM because of the gender disparity.

How did you come to be a test engineer for Workpro?

I heard about Computer Application Services (CAS) who develop the case management software Workpro via the university’s career service when I was about to graduate, and they seemed like a great company. I was interested in software testing because I felt it was an area of computing that I was good at, which turned out to be true – it’s a good fit for me.

How have you found working on Workpro?

Yeah, it's good. The thing about testing is, it lets you be a bit creative because you have to think outside the box and put yourself in the customer’s shoes and think of things they might try to do with the software and, if you find problems, get them resolved before the customer finds them.